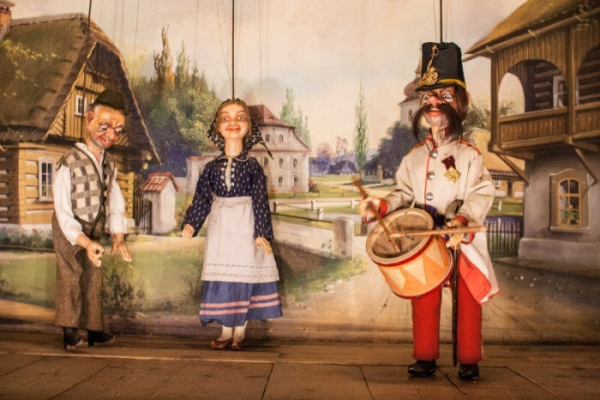 
Vysoké nad Jizerou 302
Map location might not be exact

The oldest tradition of amateur theatre in the Czech Republic can be found in Vysoke nad Jizerou, where the Krakonos theatre ensemble followed up on its first performance in 1786 and has been active without major interruptions until today. A puppet theatre was founded as part of the ensemble in 1924.

The theatre was built by the ensemble members in 1925 and included a stage for the puppet theatre. In 1990, after many years when private ownership was not possible, it was returned to the ensemble. A general reconstruction of the building’s exterior and some parts of the interior and technical equipment was made in 2006–2008. The ensemble organises the Krakonosuv divadelni podzim (Krakonos’s Theatre Autumn) every year, a national parade of village theatre ensembles, which is to celebrate its 50th year in 2020. Come and see it. You can try to move puppets, view panels with the past and present history of the theatre and enjoy the special atmosphere of Vysoke, a place of theatre, skiing, mediums and chroniclers.