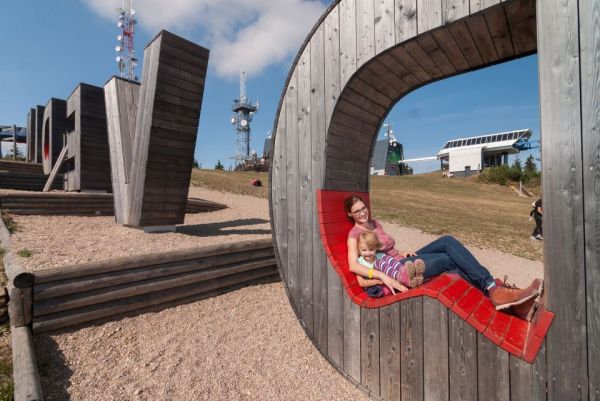 Contact The playground is freely accessible from April to October.

Česká republika
Špindlerův Mlýn 281
Map location might not be exact

The playground is located directly at the upper station of the Špindlerův Mlýn - Medvědín cable car at an altitude of 1235 m and is thus the highest playground in the Czech Republic, which also offers a unique view of the Špindlerův Mlýn valley and the opposite peaks of the Giant Mountains. The first Czech letter playground is made of giant 3D letters, which together form the word MEDVĚDÍN. There are various game elements available, such as small climbing walls, slides or climbing frames. Nearby is a second playground, which offers children new game elements such as a fitness trail, swing or inflatable trampoline. Both playgrounds can be easily seen from the outdoor terrace of the Medvědín restaurant - 1235 m above sea level. Admission to both playgrounds is FREE.