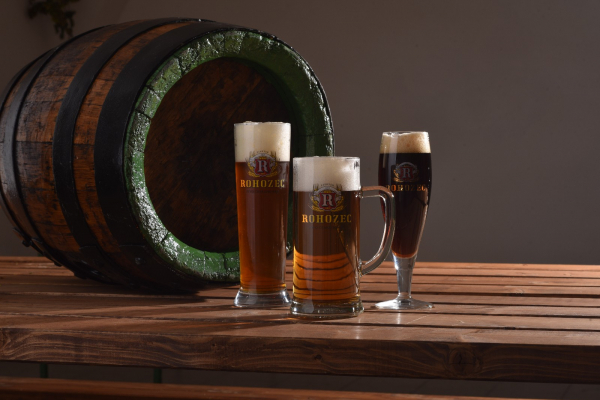 Tour the brewery and sample the beer of Bohemian Paradise.

Beer from the rocks straight to the glass - the characteristic feature of the foamy nectar that was made using traditional technology in Malý Rohozec near Turnov. The brewery was founded in 1850 by Ferdinand Unger, but was sold, together with the whole estate, by his grandson to the newly founded Social Brewery and Inn Estate Company in 1910. That company went on to become one of the twenty most successful breweries in the Republic, its biggest customers mainly the glassmakers who quenched their thirst from the heat of glass furnaces. If you would like to learn more about the Rohozec Brewery, come for a tour and see the production of beer from Bohemian Paradise with your own eyes. On the tour you will learn about the work of the most important person at the brewery, the brewmaster, whose experience and recipes determine the popularity of the drink. Visiting a renowned historical site and its celebrated restaurant provides the unique opportunity of delving into the secrets of the beer brewing process. The Rohozec restaurant is a great place to sit and sample the beer made at the brewery, both traditional and modern.