The dam on the Łomnica river 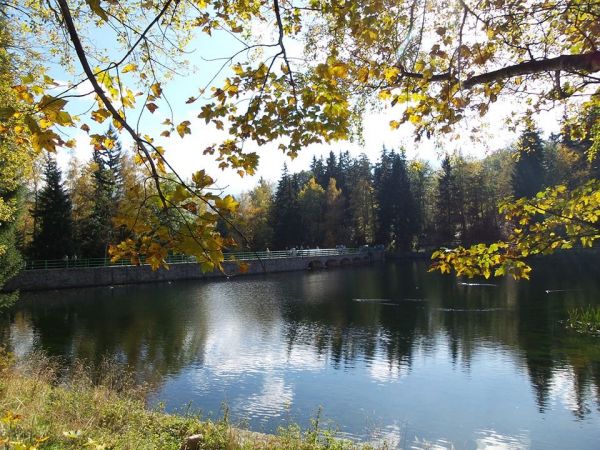 Freely accessible all year round
https://www.karpacz.pl/zapora-na-lomnicy-pl/at

Zapora na Łomnicy- The dam on the Łomnica river - dam lake, crest and picturesque Łomnica cascades in Karpacz. The Łomnica river is one of the wildest and most dangerous rivers in the Karkonosze Mountains. In its upper section, the average gradient of its waters is 0.72 %, while in the lower section it is seven times lower. Already in the Middle Ages, the Walloons roamed the river bed and valley in search for gold and precious stones.
The Łomnica river is very capricious and treacherous. During the flood in 1897, it destroyed many houses, roads, farms, and a railway line. As part of a comprehensive flood control programme of Prussia, in the period 1910-1915 the riverbed was engineered in many sections. At that time, anti-debris dams were also erected, stopping the debris carried by the flooded waters. The efficiency of the system was tested during the ‘Flood of the Millennium’ in 1997.
The crest of the dam is 105 m long. It forms a small dam reservoir and excessive water falls down creating a picturesque waterfall.