The Railway Station in Martinice 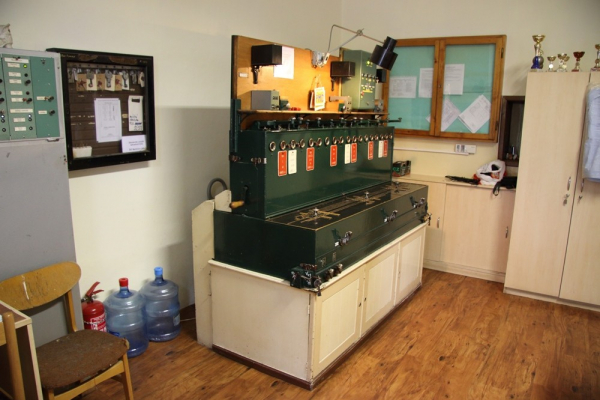 The railway station in Martinice v Podkrkonosi enjoys protected status as national heritage of the Czech Republic. It lies on the Trutnov – Chlumec nad Cidlinou national line and on the Martinice v Krkonosich – Rokytnice nad Jizerou regional line, both not electrified. It is the highest located station on both lines. The regional line began operation in 1899 under the support of Count Harrach. The station has five service tracks and six loading tracks, 14 centrally locked and five manually locked switches. Rail operation in the station is fully controlled with fifteen mechanical signals. They are highly valuable because they are of various types, which is a rare phenomenon. There are arrival and departure single-arm, double-arm or three-arm semaphores, mechanical distant signals as well as shunt signals which provide the signalling for train shunting. The signals are controlled with wire lines carried on guide pulleys on steel columns, covered in sunken concrete troughs in the area of the station tracks. The station includes a museum and an educational trail.