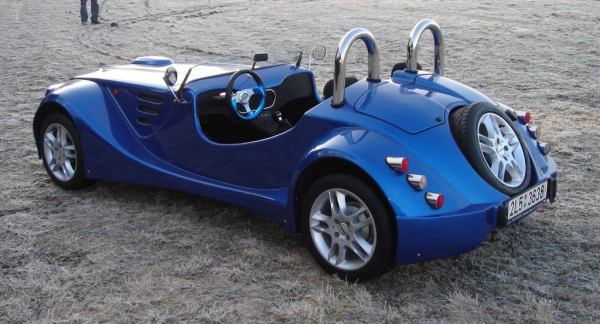 Contact Take a look round this Czech car manufacturer, come and see the production of Kaipan roadsters.

Book a tour of the Kaipan factory in Smržovka with an expert guide in advance. The tour takes approximately 1 to 1.5 hours.

Česká republika
Rooseweltova 840, 468 51 Smržovka
Map location might not be exact

Linser, RAF, Porche, Škoda, LIAZ, Tatra - cars that reached the summit of the automotive market, broadened the traditions of the region to include engineering and became part of the interesting history of the automotive industry. Theodorik Liebig, the son of a well-known textile entrepreneur in Liberec, was the first person to own a car in the Czech lands back in 1893. But have you ever heard of the Czech two-seater convertible known as the KAIPAN? These extraordinary cars have been produced in the north of Bohemia, in Smržovka in the Jablonec region, since 1992. They are created as kits, without line batch production. The car company was founded in 1991 with the aim of offering the automobile market a purely Czech roadster, similar to the Lotus Seven. The factory offers tours, reveals the secrets of production and uncovers the production process. You will see how the frame and bodywork and other parts are made and how the car is assembled. You too can become a fan or an owner of a Kaipan and experience the power of engines and the call of road.